Stefflon Don was born in Birmingham, West Midlands. She is of Jamaican descent with six siblings. When she was five years old, her family moved to Rotterdam, Netherlands, (hence Don speaks fluent Dutch) but at the age of fourteen, she returned to Britain to study at a London school. Stefflon Don has been singing and writing music since primary school. At the age of 9, she recorded a “Hard Knock Life” hook for a rapper called Unique. The song was never released but she was surprised to hear her voice on the playback.

She worked as a Cake decorator and Hairdresser before her career in music.

Presently Stefflon Don Net Worth is estimated to be $1.5 Million. 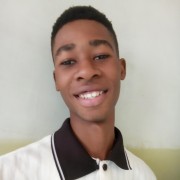