Gunmen suspected to be bandits on Wednesday abducted four Customs officers  along with a   number of motorists at a checkpoint along Jibia-Batsari road   in  the Jibia Local Government area of Katsina State.

Also,  two teenagers  were killed, with  others  injured after another armed gang suspected to be bandits attacked a viewing centre at Magama in the LGA on Tuesday night.

Meanwhile, gunmen reportedly abducted a 14-year-old boy and his mother at the  Juji area of SabonTasha, Chikun Local Government Area of Kaduna State, in the early hours of Tuesday.

Sources said the  Customs officers were kidnapped   about 10am.

The   motorcycle-riding  gangsters were said to have disarmed the Customs officers before taking them along with the motorists to the forest.

Spokesman for the Nigeria Customs Service in Katsina State,  Peter Duniya, said he was on leave and could not comment on the incident.

None of the officers contacted at the command was ready to  comment on the issue, although they said they were aware of the incident.

The incident was a hot  topic  for  discussion at the command.

A survivor of  the Magama  viewing centre attack, Idris Usman, said they were watching a football match when the gunmen came in and opened fire on them.

The police in the state had yet to comment on the  abduction of the Customs officer and the  killing  of two teenagers  at the Magama  viewing centre  as of the time one of our correspondents  filed  in  his  report.

It was learnt that the 14-year-old and his mother  were abducted after the gunmen invaded their home, shooting indiscriminately.

It was learnt that the boy protested against his mother’s abduction,  telling the hoodlums to  either release her mother or take him along with her.

A resident of the area, who spoke on condition of anonymity, said the kidnappers scaled the fence of their abductees’ home  before taking the duo  away.

The source said when the kidnappers got into the compound after scaling the fence, “they started knocking on the door, ordering the victims to open the door. But when nobody responded, they smashed one of the  windows in an attempt to enter the room.”

He added, “They seized the woman and  as they were going with her, her eldest son who is 14 years old, protested and insisted that he must  be taken along with his mother.

“As I am speaking to you now, the kidnappers  have not said anything and we are very worried since the incident took place over 24 hours ago.”

He further said that the incident had been reported to the Sabon Tasha Police Station but nothing had been done.

Spokesman for the police in the state, DSP Yakubu Sabo, promised to  contact  the Divisional Police Officer in charge of Sabon Tasha Division and get back to our correspondent. However, as of the time of filing this report he  had yet to respond. 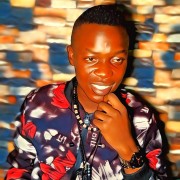 Student, 17, is jailed for 16 years for encouraging her boyfriend to ‘prove his love’ by killing his ex-girlfriend